Are you Aware of Signs of Mental Illness in Children? Parents may find it challenging to recognize a child's mental condition . Many kids who could benefit from treatment don't receive it as a result. Understand the signs of childhood mental illness and find how to support your child. What is Mental Illness in Children? The whole state of your thinking, emotion control, and behavior is referred to as your mental health. Patterns or changes in thought, mood, or behavior that cause distress or impair a person's capacity to function are referred to as mental illnesses or mental health disorders . Children's mental health disorders are generally characterized as delays or disruptions in the development of thinking, acting, socializing, or emotion regulation in accordance with age. Children who have these issues find it difficult to operate normally at home, at school, or in other social environments. The following are red flags indicating your child may have a mental health disorder: enduring depression that lasts for two w
Post a Comment
Read more

What Can Cause Neonatal Encephalopathy? 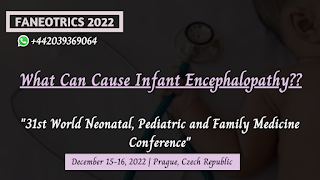 A phenomenon called neonatal encephalopathy (NE) can affect newborn infants and cause abnormal neurological function. Lack of oxygen to the foetus at any stage during pregnancy or birth is the most common cause of NE. The disorder may be referred to as hypoxia ischemic encephalopathy when oxygen deprivation results in NE (HIE). The brain suffers damage from oxygen deprivation, but other internal organs may also be impacted. Low oxygen levels can have negative effects on the heart, lungs, kidneys, liver, and gastrointestinal tract. Those infants who survive NE are at a significant risk of developing cerebral palsy or a lasting brain impairment, but prompt treatment can help. In some instances, other elements, such as: An infection in the mother’s uterus (womb) before birth An intraventricular hemorrhage (a type of bleeding in the brain that can be associated with prematurity) A congenital brain malformation A genetic or metabolic disorder Diagnosis of Infant Encephalopathy: Your newbo
Post a Comment
Read more